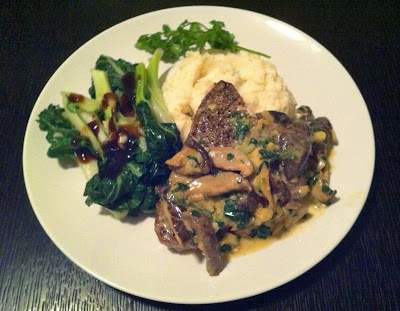 Long before the proliferation of sushi bars, tuna was mostly known as a cheap, canned fish ingredient for salad served between sandwich slices.

I remember the first time I really appreciated tuna in its own right. I was invited to a private party hosted by a seafood restaurateur to showcase his new menu. He proudly offered his guests small cubes of what he told us was steak. Perfectly seared on the outside, the red meat glistened as it was served rare.

I bit into a piece, fully expecting beef. My taste buds jolted, unable to compute—they sent messages to the brain that they detected a strange, here-to-fore unknown kind of richness.

Our host smiled and raised an eyebrow, then broke out in a mischievous laugh. I had been fooled—delightfully so!

Ahi (or yellowfin) is the traditional pinkish-red tuna, most often seen served as sashimi or sushi everywhere other than Vancouver. It’s fattier and heartier than albacore, the variety that is generally fished in this part of the world.

Ahi is hard to find locally, since it is non-native. Though a poor substitute for fresh, I stock up on frozen yellowfin whenever I make a trek south-of-the-border to Trader Joe’s. Though fresh is best in this recipe, frozen makes a suitable substitute for a weeknight meal.

Add butter, sliced green onions, cilantro, ginger and chopped garlic to same skillet and sauté until fragrant, about 30 seconds. Mix in mushrooms and soy sauce and simmer 30 seconds. Add whipping cream and simmer until sauce lightly coats back of spoon, about 3 minutes. Stir in lime juice.